A german patinated bronze figure of Humphrey Bogart as Sam Spade cast by the Otto Strehle Foundry, second half 20th Century, est £390-520, at a preview of the auction highlights from the Estate of Lauren Bacall, at Bonhams, London, UK on 13th February 2015. The preview of 50 selected lots features works by Henry Moore, David Hockney, Robert Graham, Noel Coward and Jim Dine - and is due to be auctioned at Bonhams New York on 31 March and 1 April 2015. 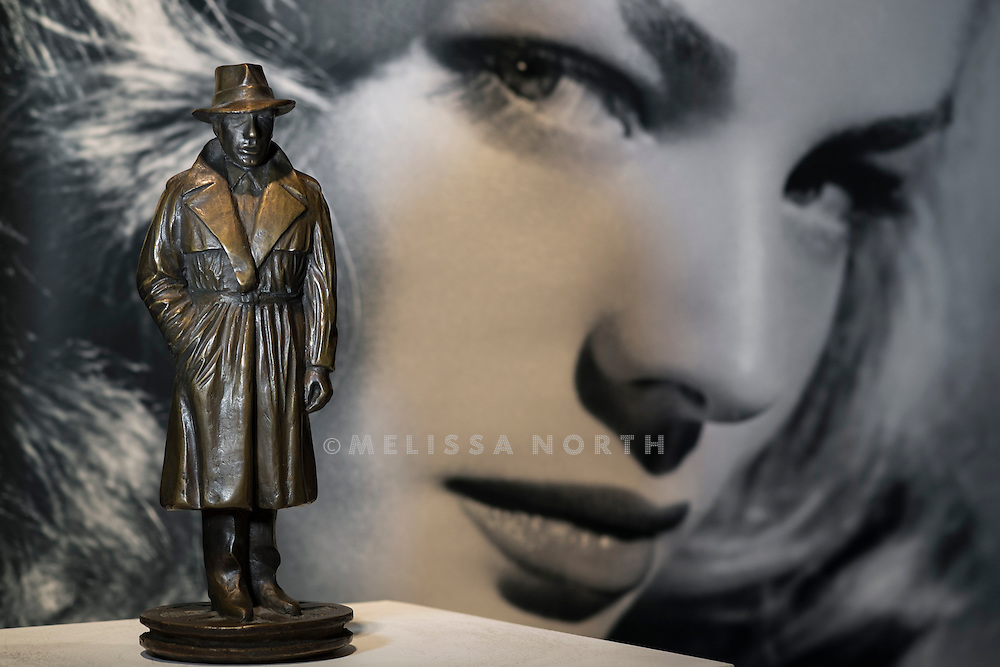